Classic does not work 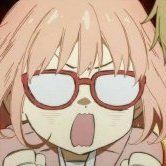 By MrMeeseek,
April 18, 2020 in General Discussion