Whipper is a toxic class

By Versteckt,
March 28, 2019 in General Discussion 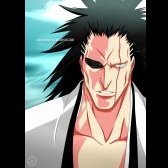 ohhh cry me a river versteckt... all of a sudden after i beat yah dead ass to the ground for bad mouthing me the other day we wh's is the problem now. when you were one shorting ppl it is all fun and

There are two classes in this game that unbalance and greatly damage the health of PvP being they Shadow Walker and Whipper. But in this topic I want to raise the discussion only about Whipper because