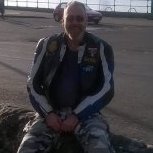 By Spherical,
August 23, 2016 in Introductions & Farewells