Help with some Quests 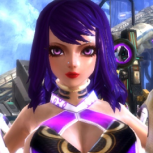 By KakaoMinze,
August 29, 2021 in General Discussion