Why FK cant just be normal?

First I wanna point out some stuffs: https://imgur.com/4BoROAs This is a picture of FK jumping to RG side not only to loot and PVE, but also to jump like a complete idiot and feed their fact

Still not admitting to something being wrong with RG or yourself. The difference is how they loot, not just being there to loot. If he helps out I don't target them. A message from MAR/MER to m 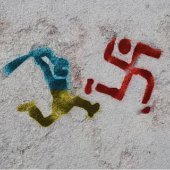 also nice SS with 1 RG on NB is future SB