Need to say something to GM here now 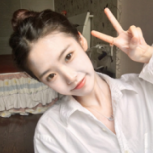 By Annie,
December 7, 2019 in General Discussion